It has been  50 years since the tragic event of 13 May 1969 took place. Most Malaysians still remember or are reminded of the chaotic events that had erupted. For most millennials, the specific incidents are hazy, and reasons resulting in the conflict are also unclear. For much older generations, the incident still haunts and fear still lingers.

Vase.ai recently surveyed with 1,029 nationally representative Malaysians, in efforts to understand their level of understanding and perception of events connected to the 13 May tragedy.

Some important points we learned from this survey:

How much do Malaysians know about the reason behind 13 May 1969?

Zainon Ahmad, the late veteran newsman, explains the basis of the incident.

Much of the underlying causes could have been resolved early, and some of the symptoms could have been heeded to nip the problem before it conflagrated. In fact, even as early as the 1959 general election when there was much racial tension within the Alliance and outside of it, some observed that the country’s worst enemy was not the communists in the jungles but communalism in the cities.” Communalism reared its ugly head prior to the 1955 general election, during the drafting of the national constitution, and prior to the 1959 elections.- Zainon Ahmad, The Malaysian Bar

Fast forward to 2019, how much of what happened do we understand and how much awareness and education are we sharing with our younger generation? Is it enough to ensure that we as a nation can consciously act and respond in a manner that either minimises or eliminates any form of conflicts that may jeopardise the unity of our nation?

Almost half (47%) of the respondents are aware of all events that took place on 13 May 1969. 32% were aware of what happened but did not understand why it happened, and a small but significant 21% said they did not know what happened.

Out of those who were aware of all events that took place during the 13 May event, most (61%) learned about the tragedy from school, half (52%) from books and 41% from social media. Other reliable sources were also from family or relatives who spoke about the event at home (40%).

Opportunities for the media and educational institutions

With notable awareness of the May 13 event coming from social media and television, there are potential opportunities for education via these mediums. The media could collaborate with educational institutions to spread awareness about Malaysia’s history as well as share stories from those who experienced the event themselves.

When asked about wanting to understand the event better, almost all respondents (87%) expressed positively. Those who expressed this intent had learned about the event from school (61%), books (54%) and social media (42%).  This then begs the question if enough information and material is being distributed to aid in a wholesome education of the country’s history?

There is an opportunity for an increased amount of education given the expressed interest revealed by participants of the survey. Educational institutions can extend the syllabus to deep dive into the events, the media could actively share content about the event throughout the year and commercial brands could adopt campaigns that tell the story of Malaysia’s history as an effort to continuously educate the public and younger generation on the events that took place long before a peaceful nation was born.

More than half (62%) believe that it is okay to talk about the May 13 riots publicly.

Some publications have also almost consistently shared stories of the events surrounding the incident. In 2017, Cilisos shared an article that revealed information from five people who lived through the tragedy. In 2018, they shared insights on a May 13 cemetery most Malaysians never knew about.

Malay Mail also took the opportunity to share lessons we can learn on the importance of unity.

The May 13 tragedy is a true reminder of the Malay proverb 'kalah jadi abu, menang jadi arang' (the loser turns to ashes, the winner to charcoal) because racial conflict will not do any good to any race in the country, except tarnishing the image of the country in the eyes of the world - The Malay Mail

In further efforts of education, Malaysiakini shared an elaborate series of events that took place by the minute on May 13, 1969.

Malaysia is not alone in dealing with historical trauma. South Africa held truth and reconciliation hearings to move towards forgiveness post-Apartheid, while Germany took the punitive route to seek justice against Nazi criminality.Malaysia can learn from how other nations overcame trauma, experts say, but must find a way that suits the country's unique circumstances. Half a century on, Malaysia must find a way to heal and move forward. - Malaysiakini, 13 May 2019.

Similarly, other media publications have also actively contributed to the awareness and education of the tragedy of 13 May 1969. However, given the public’s level of knowledge of the causes and the after effects of the incidents that took place and how it still influences the nation today, there is a need for more regular education and awareness as opposed to a once a year coverage.

How are we doing today?

Concerns arise amongst the majority (82%) of Malaysians as they believe that Malaysia still has race relation issues that need to be addressed. Among areas of race relations issues that Malaysians believe need improvement with the most considerable emphasis are working opportunities (68%), economy/business monopoly (61%), and equal rights and benefits for all races (56%).

The current perception is also that the party most responsible for unity amongst races are society (62%), schools & educational institutions (60%), the government (59%) and the media (40%).

There is a concerning inadequate level of awareness on the historical events that took place during the period surrounding May 13, 1969. This reveals a great opportunity for education. While it is on the onus of individuals to initiate self-awareness of such an event, we as a society must aid in ensuring that there are sufficient exposure and convenient access to materials which would enrich the understanding of events that took place.

This data is publicly available for use but if you are using this data for public posts, you are required to attribute the data to Vase.ai in collaboration with Malaysiakini.

Googling about millennials and their financial situation today might leave you with an alarming number of articles with the buzzing keywords of “debt” and “financial trouble”. This isn’t exactly a trend we 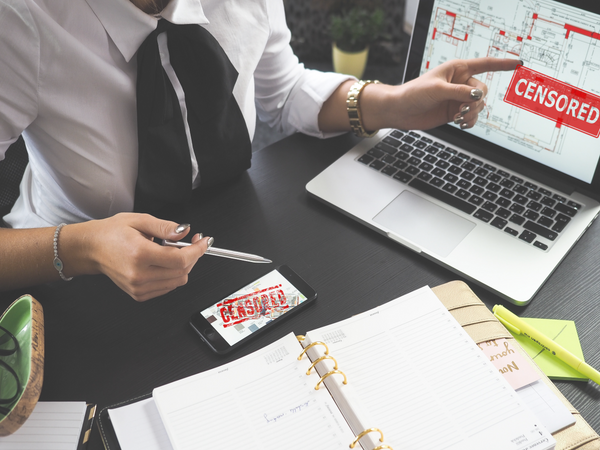 There’s an ongoing debate on who exactly coined the term “social media”. According to an article by Forbes, three possible candidates have claimed to have used the term, but there has been