The number of road accidents reported by type of vehicles during 2015 were mostly contributed by motorcycle accidents with 4203 Deaths, 2665 Serious and 4853 Minor incidences (11721 Total Reported).

Reports on motorcycle road accidents is almost more than double than that of the following types of incidences combined (6537 Total reports) during 2015. 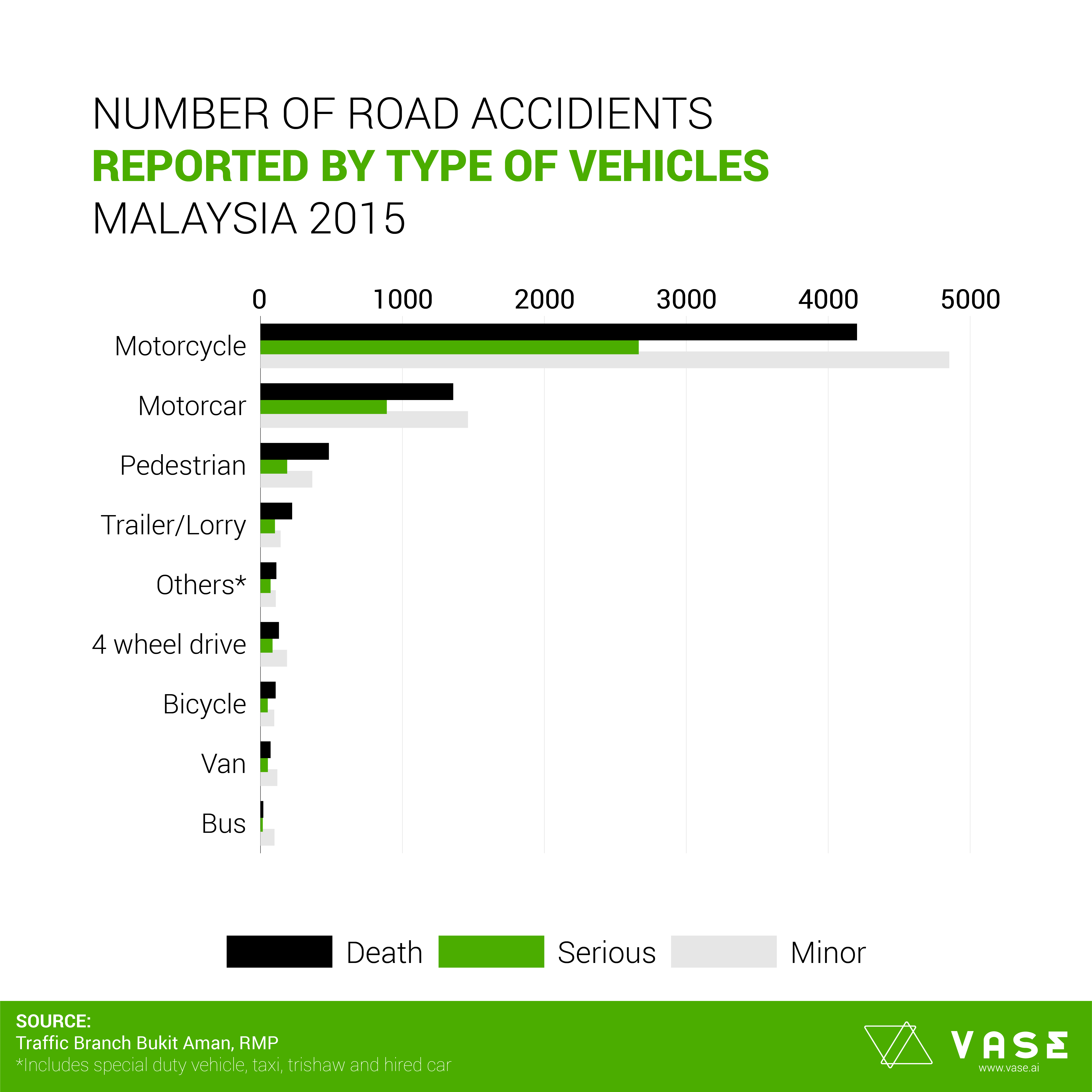 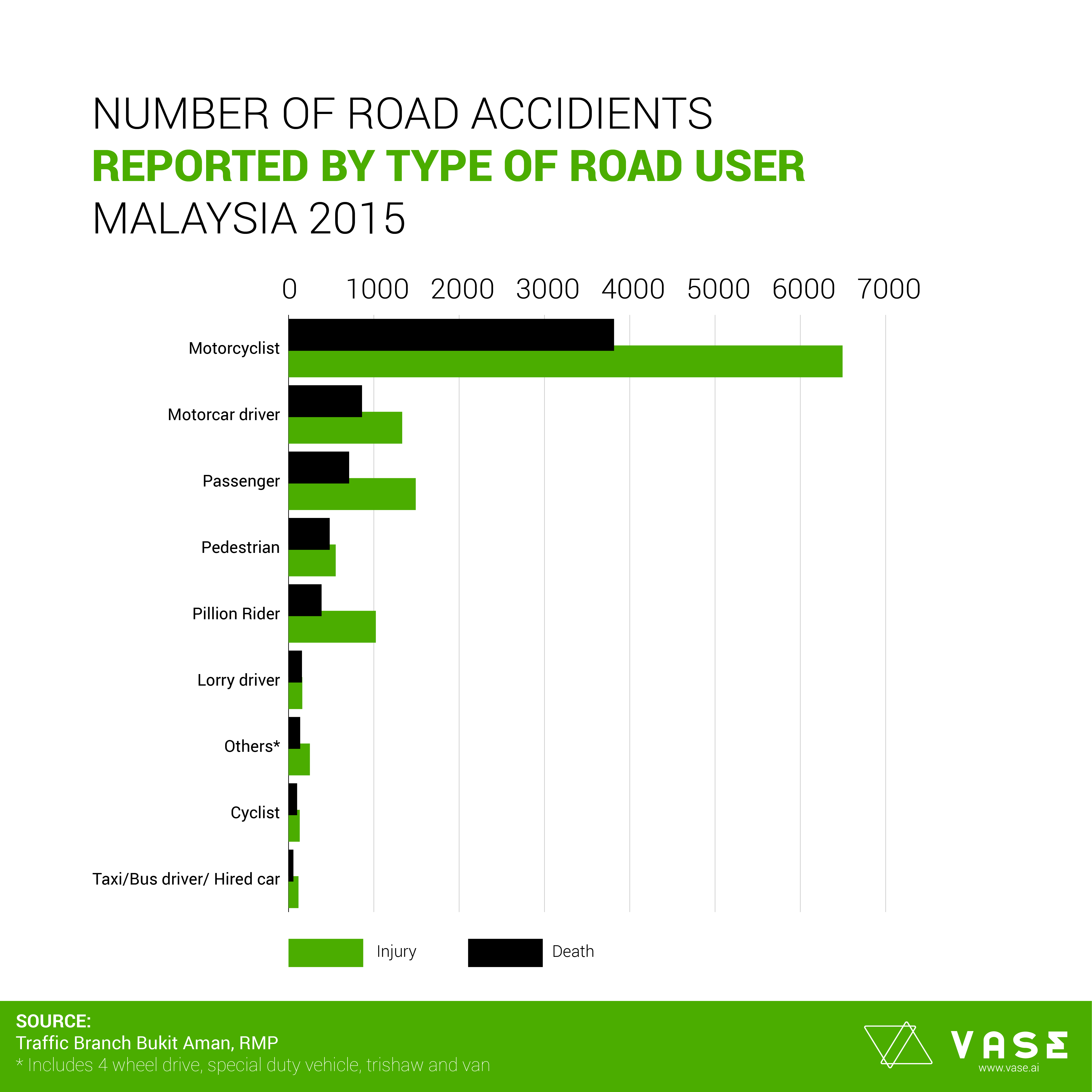 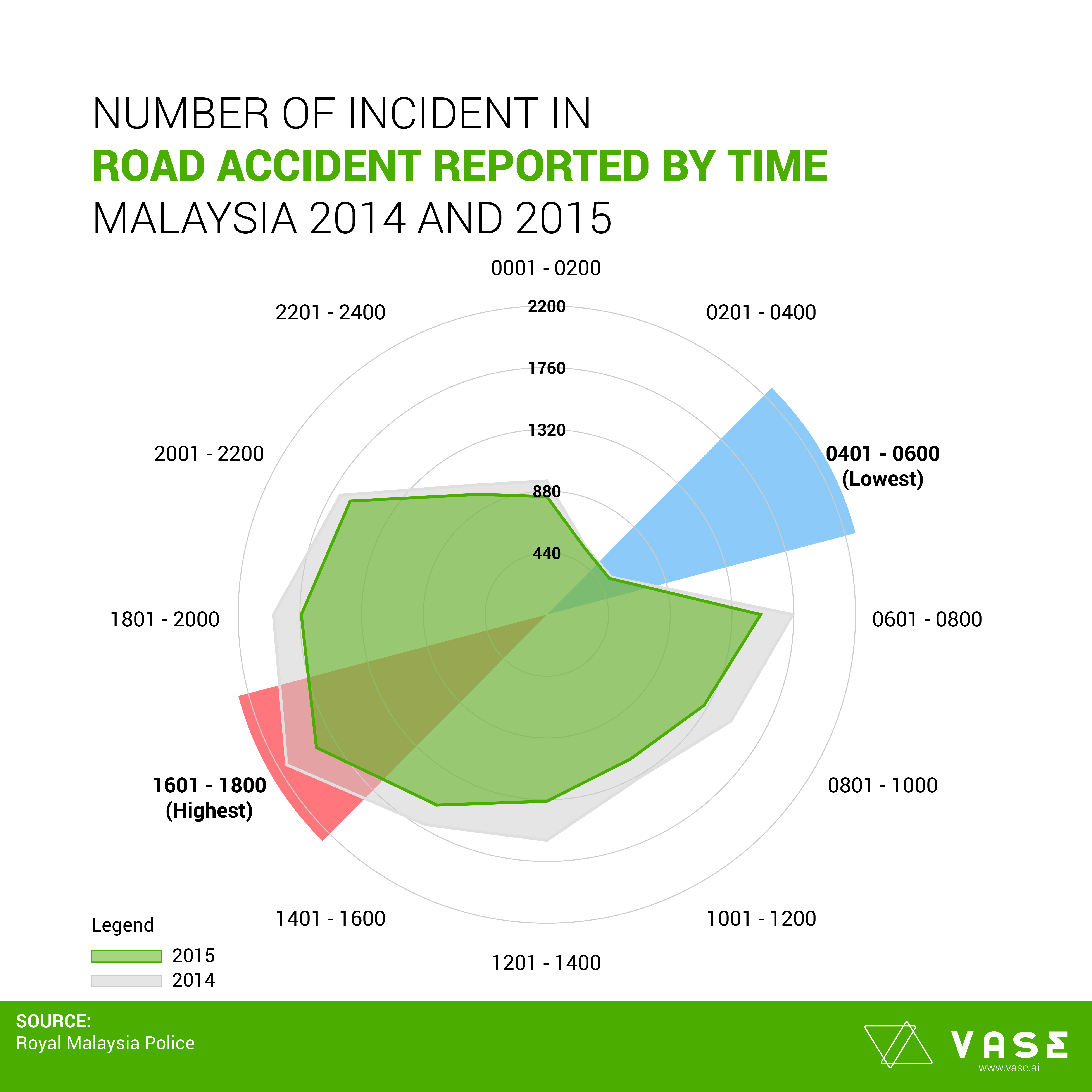 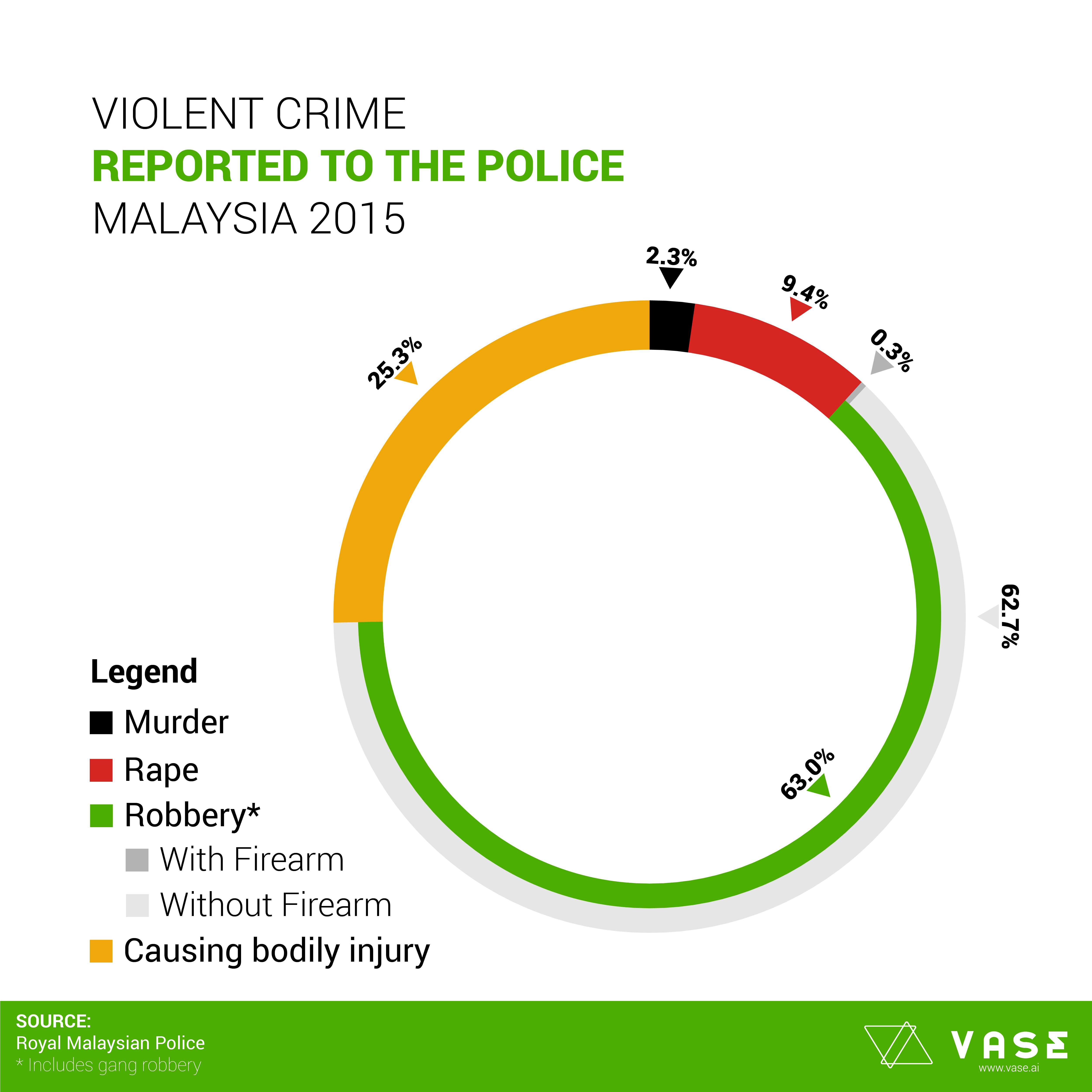 In 2015, Percentage of violent crimes reported to the police we’re mostly contributed by robbery without the usage of firearms at 62.7% following with incidents that caused bodily injuries at 25.3%. Violent crimes like Rape (9.4%) and Murder (2.3%) which tends circulate longer in news and social media only accounts to one-tenth of the total violent crimes reported. 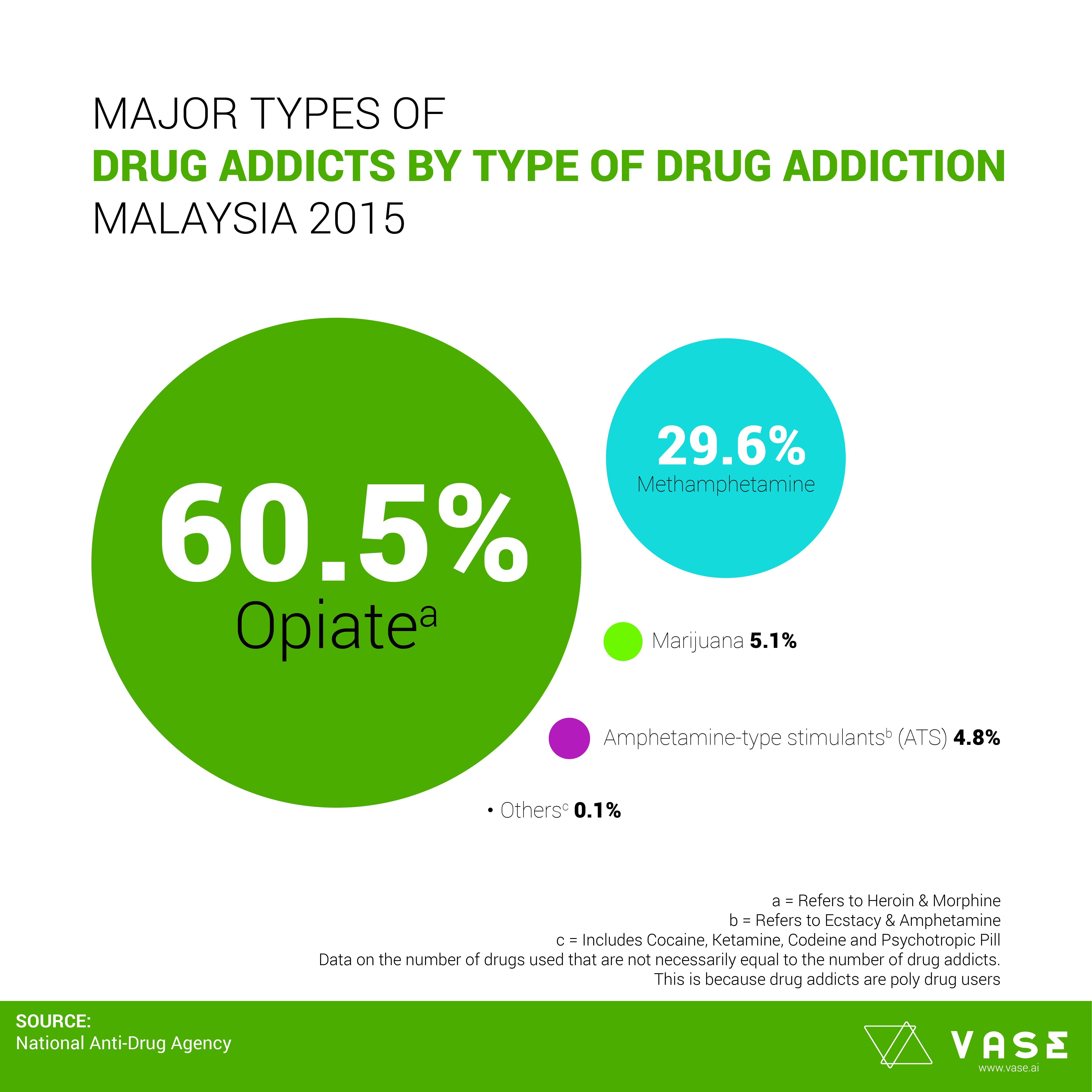 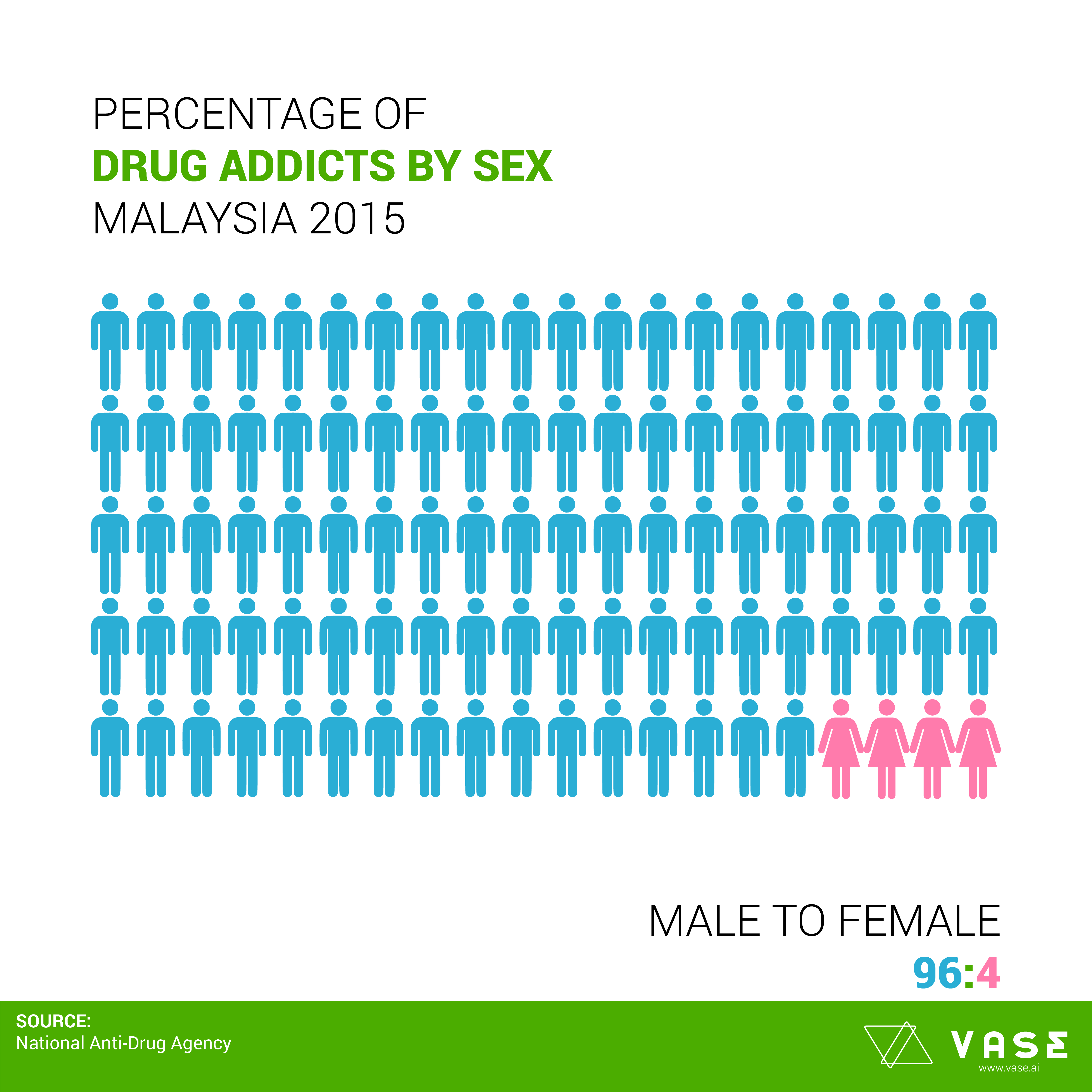 In 2015, out of the 26,668 convicted drug addicts, 96% of them were male and the rest 4% were female for both first offences and repeated offences. 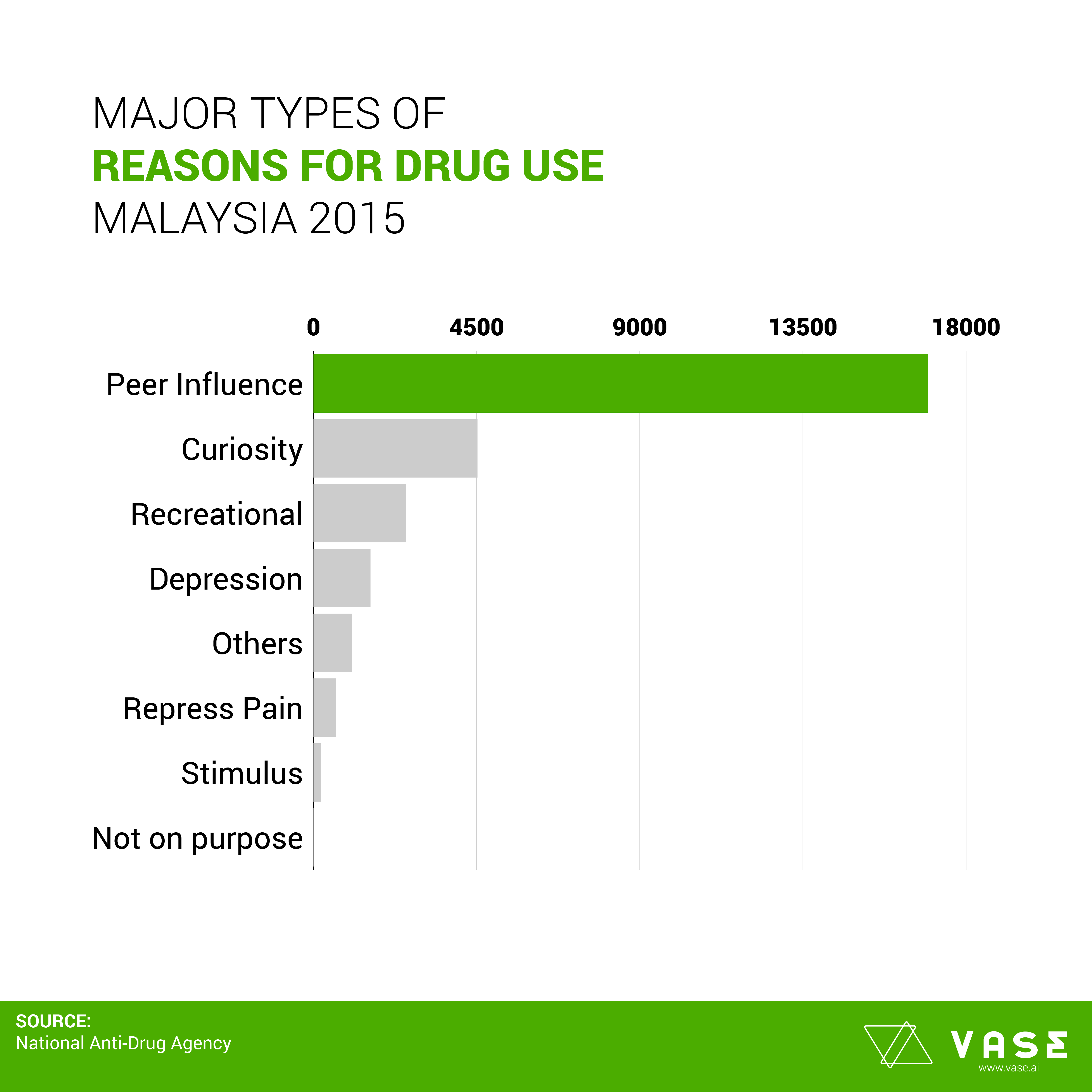 One of the major reasons for drug use is Peer Influence (or Peer Pressure) where it is described as the behaviour by wanting to feel they belong to a group of friends or peers usually seen in every age groups. For these people, feeling to ‘fit in’ is important as the need to go along with everyone by being part of a group is important, so it is understandable that most people do feel pressured to get along. 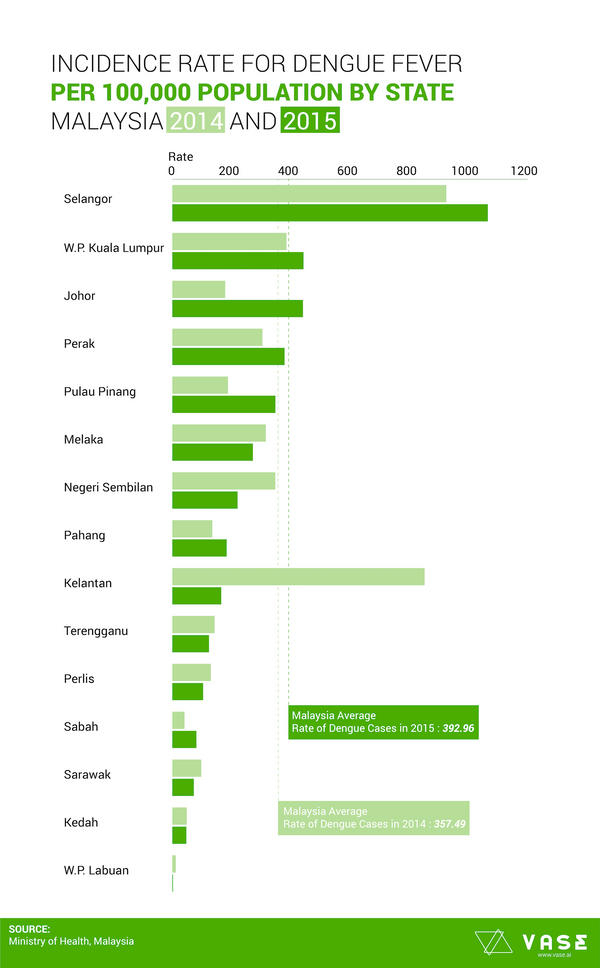 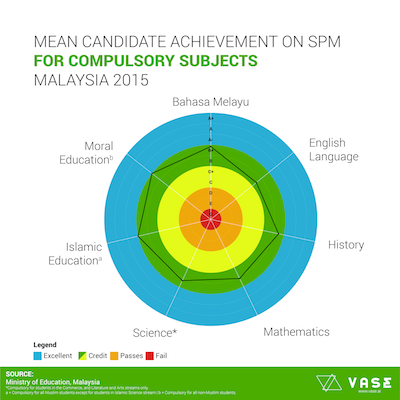